Every December 1, World AIDS Day is observed. On this day since 1988, organizations and individuals across the world have brought attention to the HIV epidemic, endeavor to increase HIV awareness and knowledge, speak out against HIV stigma, and call for an increased response to move toward ending the HIV epidemic.

This annual observance is normally highlighted with a World AIDS Day Walk where people march in solidarity to raise awareness about HIV/AIDS. However, because of this year’s coronavirus pandemic, local in-person World AIDS Day Walks were canceled.

Despite these circumstances, student leaders from WSU’s Doctor of Pharmacy program rallied together to creatively observe this World AIDS Day 2020.

“This year’s World AIDS Day theme was Resilience and Impact, which focused on creating global solidarity among people who live with HIV and also seek to destigmatize the health issue,” said Fadi Manuel, Academy of Managed Care Pharmacy president. “We still wanted to raise awareness about HIV/AIDS but needed an avenue that was in line with the social distancing guidelines. To accomplish this goal, we decided to hold our own World AIDS Day Walk but do it virtually online.” 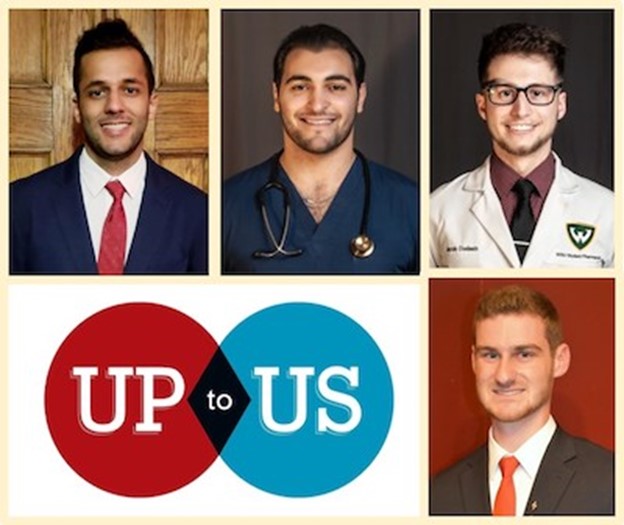 Students representing Lambda Kappa Sigma, Fighting AIDS with Nutrition, the Student National Pharmacists Association, Up to Us, Kappa Psi and AMCP wore red and joined each other on Zoom for a virtual World AIDS Day Walk. Some students braved snowy weather and marched outside while others stayed indoors and joined the observance by walking in their homes.

“As future health care professionals, it is our responsibility to spread awareness on various health-related topics such as HIV/AIDS and give back to our communities,” said Jewel Konja, LKS president-elect. “Whether you’re male or female, gay or straight, the virus that causes AIDS does not discriminate.”

Jacob Stepp, FAWN president was very excited to support this event: “Research has shown that simply educating the public on HIV/AIDS has prevented the development of new infections. The incidence of this disease is highest in my age group which is why I feel it is important that I do my part by encouraging younger generations to make safe decisions.”

The CDC estimates that roughly 1.2 million people in the United States are living with HIV – and nearly one in eight of those are not aware that they are infected.

“Reaching national targets for HIV treatment would have massive clinical and economic benefits in the United States over the following two decades and this is why it is important to support events like this,” said Jacob Dudash who is part of WSU’s Up to Us team. “My teammates and I have been working hard to highlight the economic benefit associated with disease prevention and increased access to health care. Initiatives like this that educate the public about how HIV is spread are imperative if we want to end the AIDS epidemic. This translates to averted deaths and the prevention of new infections. Additional federal spending is needed to achieve HIV testing and treatment goals which are affordable, cost-effective and save lives.”

“Evidence-based interventions can deliver substantial public health and economic value,” said Hussein Safaoui, SNPhA project chair at the culmination of the virtual World AIDS Day Walk. “Abstinence is the best way to prevent the transmission of HIV. But if you are sexually active, make sure to use protection like condoms or pre-exposure prophylaxis better known as PrEP.”